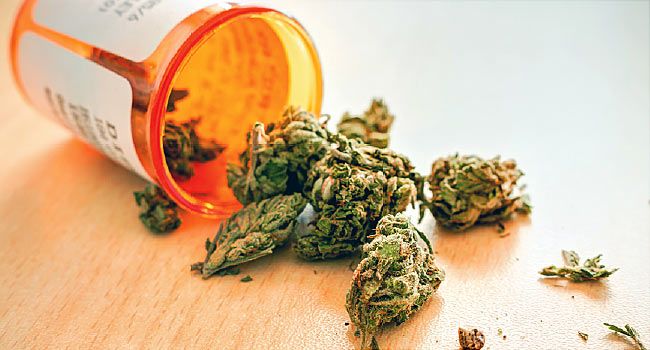 Cannabis sativa yields medical marijuana. Since ancient times, people have relied on this natural remedy to alleviate symptoms and treat various illnesses. Despite the ban on its use in some areas, there are a few jurisdictions that do allow it to be used to treat specific health concerns. Cannabidiol, also known as Epidiolex, has been given the green light by the FDA as a treatment for seizure disorders. You must check out your local medical facility that offers guidance on the medical use of marijuana before you decide to embark on a self-treatment journey.

A good example is Med Pharm-Med Pharm is a cannabis dispensary in Tulsa, Oklahoma. They will answer any questions and concerns about the use of cannabis. Here are a few common questions on medical marijuana;

What are marijuana components?

Cannabis contains cannabinoids. THC and CBD are currently the primary focuses of research (CBD). CBD does not have the same intoxicating effects as THC does.

How do you administer cannabis for medical use?

There are a few different ways to administer the drug. You can ingest a liquid, smoke the leaves, consume a pill, or inhale a spray to have the desired effect. The frequency of use, clinical effects, and side effects can vary significantly amongst different varieties.

Compounds found in cannabis can affect cell receptors. Researchers have discovered that there are cannabinoid receptors not only in the brain but also in the immune system. Their response to the medication has not yet been determined.

Where should I put my focus?

The rules that govern the use of medical marijuana in each state and country are different. Conditions such as Alzheimer’s illness, amyotrophic lateral sclerosis, cancer, Crohn’s disease, epilepsy, seizures, hepatitis C, AIDS, glaucoma, multiple sclerosis, post-traumatic stress disorder, severe nausea, and chronic pain are among those that qualify for medical marijuana treatment. It is unknown to the scientific community whether or not any of these illnesses can be treated by this compound. Research indicates that it can be utilized as a pain reliever in the treatment of certain types of epilepsy and to alleviate the symptoms of multiple sclerosis.

Bronchitis and a persistent cough are two health problems resulting from smoking. Cannabis use has been linked to an increased risk of being involved in a car crash. Using this substance by a pregnant woman is associated with risks to the unborn child’s health and development. According to studies, marijuana is associated with schizophrenia.

The probability of addiction in medical patients is the subject of further investigation by medical professionals. Marijuana users can develop substance abuse problems. Dependence is frequent. Dependent people will suffer from withdrawal symptoms. Someone who is addicted to a substance needs to continue to use it to stay alive.

Cannabis has been used medicinally for millennia, despite conflicting evidence on the plant’s effectiveness. However, even though scientists favor conducting extensive trials with controls before concluding, most research does not match these conditions. It is challenging to measure the benefits of marijuana because the potency of different products varies, and doses are difficult to determine.

How does a meal replacement programme work?

Consider using a Dental Flipper For The Missing Teeth

Exploring The Fine Line Of Cannabis: Advantages And Disadvantage

What is Anti Aging Nutrition?

Zane Josie - March 16, 2020
0
Nutrition
Nourishment is critical to a sound body for the span of our lives, however it turns out to be considerably progressively basic as we...

Schools Could Be the Next Frontier for Telemedicine Kiosks

Cracked and Chipped Teeth in Kids: Dealing with the Problem Properly